Of all our research on tires, the most revolutionary finding is this: Tire pressure has almost no effect on a tire’s speed. I’ve been tricked myself, believing we were going much faster when I once rode my bike with higher tire pressure. You run them at lower pressures, and you don’t give up any performance on smooth roads. At this time we are not able to answer your specific question about which of our products are packaged in non-BPA cans. 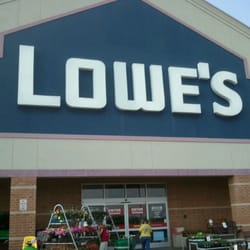 In regards to active suspensions on road bikes… due to the lower speeds and relatively limited motors”, the fastest road bike setup will always end up being the setup which allows the tire to act as the vast majority of the ‘œsuspension’ in the system, since that energy to deflect the tire can be mostly returned in the trailing half of the contact patch.

There really isn’t an alternative explanation of the data, especially with so many test runs ‘Â 22 alone shown in the table, but we also ran a Grand Bois 25 mm from 120 to 200 psi (4 runs), and again found no difference in power output for the same given speed.

Lastly, and yes, for the tire pressure testing shown in that chart above, I did repeat at least one pressure (the 8bar results IIRC…it was quite a few years ago when I did that). As far as the comment that In any case, the main point here is that without this data, wide, supple tires wouldn’t make sense.” I’m not sure why you say that.

So the bike feels faster, even if you go at the same speed. Until we have conclusive results from a second round of testing, we have elected to remove the BPA-Free mention from our albacore and skipjack cans labels. But those ultra-low pressures aren’t useful on the road.